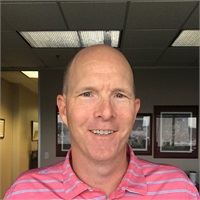 Sam Murray is the founder of Murray Investment Management. Mr. Murray began his career in public accounting working as a C.P.A. at Arthur Andersen in Atlanta, Georgia. After obtaining an M.B.A. in finance from the Goizueta Business School at Emory University, he began employment with Invesco in 1999 and worked with the firm and its affiliates in Atlanta, London and Houston. His most recent role was with Invesco Aim in Houston where he served as an Investment Analyst at the firm. In this role he served as a central point of investment expertise representing the firm’s investment products. He also served as an Investment Officer and Client Relations Manager while at Invesco Aim.

In addition to his work experience, Mr. Murray has served as an adjunct professor at the University of Houston where he taught Investments in the M.B.A. program. He has also taught a review course for students that were preparing for the CFA exam.

A native of Mobile, Alabama, Mr. Murray attended the University of Virginia in Charlottesville where he received a Bachelor of Science degree in accounting. He also received a Masters of Business Administration (M.B.A.) from the Goizueta Business School at Emory University in Atlanta. He is a CFA charter holder.

Mr. Murray founded Murray Investment Management in 2008, and he has over 18 years of experience in the investment management industry. He is responsible for all aspects of the client advisory relationship including personal consultation, designing financial plans, recommending investments and annual reviews. He also serves as the point person for financially related issues with the clients’ other advisors in the legal, accounting and insurance fields.